A downloadable game for Windows

RON RON is a short concept game that I made in less than 24 hours.

I just challenge myself as a Filipino horror developer to create a simple horror game within 24 hours. And this game is the final product. This is just a super short game estimated at 5 minutes of gameplay. So hope you enjoy playing it!

DONATION: This game is 100% Free and developing games is expensive. So any amount of donation will really help us to improve and to fund our upcoming games. Thank you!

they see me rollin'

I've played a few of your games, Lucas & Under, and I love your work! Ron Ron has a very unique concept and a terrifying monster. Game #3

As someone who has been confined to a wheelchair before (a few years as a teenager), this made me extra uncomfortable. Kudos to the developer for the idea and the delivery!

Reply
xPrayZ235 days ago
URMMM NOT SURE ABOUT THIS ONE..
Reply
Scamma256 days ago
Being stuck in a wheelchair while being chased by zombie-creature things is no fun!
Reply
akicura257 days ago

You guys are truly wicked. That's the best compliment I can give you!

Short but not bad for being a little concept. Would be cool to see the phone mechanic implemented in a fully-fledged game. Like how at first you can only see the monster via the phone camera. Made a video on it.

Best Game Ever Played. Great atmosphere used in this game. I will appreciate your kindness by click on  subscribe button with bell icon. ❤

This was a really good concept for a horror game. Being  chased in a wheelchair made it 10 times scarier to me.  The noises also, soo terrible ! Great little game!  Your game is the first and starts at 00:20

This was the first game in this video! Enjoyed it!

Reply
Minibilles on YT277 days ago
really good game really liked the idea of being in a wheel chair and loved it 10/10
Reply
KingTwizz278 days ago
I was sooo frickin optimistic in the beginning hahaha but you quickly took that away from me, didn't ya dev? I've never experienced playing in a wheelchair when it comes to indie games, only AAA games, more or less. So that was a nice touch compared to other indie horrors. But don't ask me why I had to just stop and stare off into the darkness haha just don't!

Definitely a unique idea and the fact that you could only see them from your phone was a nice touch!! (This is the first game on the video)

This was a great short game. It was really good... also was it just me or did the monster look like a

I really loved the simple concept of this game! It's very straight forward and very fun! I think this could also be expanded upon! Great job!

not gonna lie these jump scares are RUTHLESS

I understand this was made in just 24 hours, but I really wish there was more to do. That said, it was a pretty decent short horror experience with an original concept. Well done, dev.

Reply
I AM PUPPY FLOPPY281 days ago

Man Solitary Studios, I just flat out love your games keep up the great work and look forward to more gems in the future

To everyone reading this, there's 2 games in this video : RonRon and LUCAS Basement Demo, both games are from SolitaryStudios. If you're interested in just the LUCAS game it starts at around the 5 min mark

THANKS FOR ALL THE LOVE AND SUPPORT

Played this earlier today and enjoyed it! I would like to see this concept in a longer game for sure!

Reply
Overpower Wolf282 days ago
IDEK HOW this game got me but it did. GREAT GAME MANE
Reply
DRAWNSMILES YOUTUBE282 days ago

Reply
fawaffle_youtube282 days ago
dude, as always love your games! it was really well made and made me chuckle a couple times. the game looked really good and played well. your a great dev and i hope the best for your career. as for the regular viewer it s a pro edited and is only 2 minutes long. its a reaction compilation so please enjoy. i upload daily
Reply
Neeko69282 days ago

Well, the game is unplayable,  because it runs like garbage in 5 fps, while I don't fault you, since you only did this game in 24 so optimizing wasn't a high priority...

it was fine for me

Reply
WaddysWDS283 days ago
A good gaming experience, short, but efficient, the scare is very good...
Reply
SugarNSpice283 days ago

Loved the ending and the premise of this horror game. Short and spooky and gave me a good laugh at the end as well. Thank you for making this! Would be cool to see this idea for gameplay expanded!

Your humor and mine are right in line with each other.  Thanks for a fun experience!  Cheers!  (Your game starts at the 9:00 mark.)

Reply
ezez game284 days ago
😊👍
Reply
HuffleScuf284 days ago
Played this on my Channel's Series called 3 SCARY GAMES! It's the 3rd game I played in the video starting at 16:25!

As far as games made in 24 hours and being a shorter experience, I was impressed! The Visuals & Atmosphere was pretty well made, and the idea of being in a wheelchair is a really neat and unique! I feel more games should utilize this idea more in Horror Games! There we're some bugs I ran into like looking down at ourselves was a little glitchy at times, as well as some missing textures on the wall. I also found it tough to pull out the phone at times. But still overall found this a really creepy and unsettling experience!
Reply
TheBroMasterplier285 days ago

This was pretty good! The concept was interesting and the atmosphere was great, good work :) 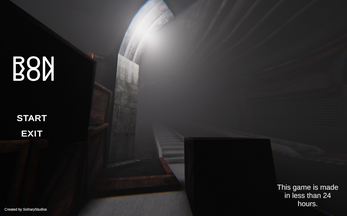 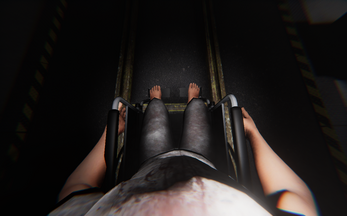 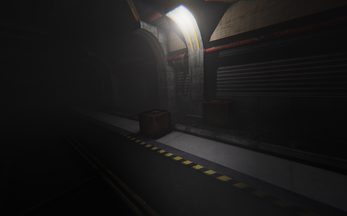 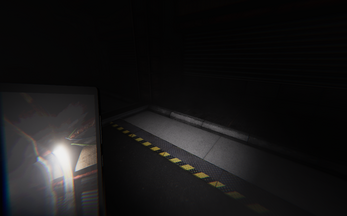 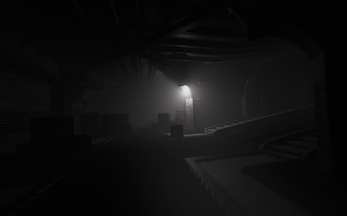